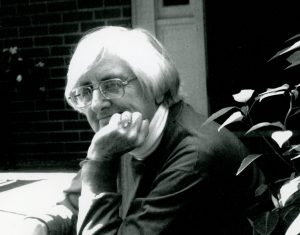 Elisabeth Freeman is the daughter of John and Blanche (Bishop) Freeman. She was the fourth of five children in that family and was raised primarily in Binghamton NY. She attended Cortland Normal School (now SUNY- Cortland) studying education. She became a teacher and ultimately a much beloved and compassionate guidance counselor in the Paramus NJ school system. She joined the Women’s Army Corps during WWII and then returned to teaching. After retirement she moved to Wolf Creek to be close to the nephew Carl Wittman, and later to Durham NC to be near Carl and his partner Allan Troxler. 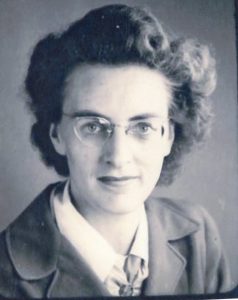 Elizabeth (or Betty as she was known earlier) was engaged in many progressive causes, including the anti war movement, Women’s Land Movement, lesbian and gay pride, fighting ageism, and  founded, with others, Old Lesbians Organizing for Change (OLOC). She started a housing co-op for elderly women. 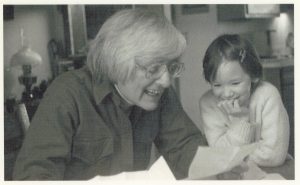